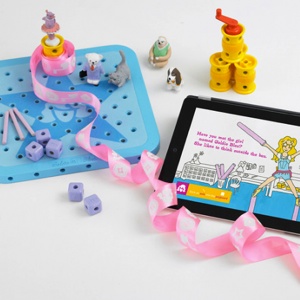 Do you know any female engineers or coders? I only know a handful. Only 11% of engineers are women! Maybe that’s because the profession doesn’t appeal to the female stereotype? For some reason, constructing kits,  LEGOs, marble mazes, video games ect. are typical gifts for boys only.

But Debbie Stirling, the founder of Goldie Blox, decided to put an end to that, and started to investigate how the profession could appeal more to them. She launched a Kickstarter.com campaign raising funds and it became Goldie Blox.

But who is Debbie Stirling? MSMagazine describes her like this:

If Goldie Blox is locked in a cell in the top room of a tower guarded by evil monsters and fire-breathing dragons, she doesn’t wait for a prince to ride in and rescue her, winning her heart in the process. Oh no.

Instead, she builds her way out. Using whatever objects she can find, she invents a system that rips the bars off of the window, distracting the menacing creatures below. Next, using string and a block of wood, she quickly devises a makeshift elevator and lowers herself to safety. 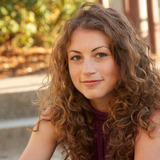 Debbie’s parents never gave her LEGO’s or K’NEX for birthday or christmas, it just never occurred to them. But she is convinced, that these toys develops engineeringskills and a taste of the profession. Therefore, Debbie was not introduced to the engineering term before she entered high school and joined a mechanical engineering class. After that, things took off. She is now an engineer graduated from Stanford University, and she’s got her own toy company: Goldie Blox.

Goldie Blox is not just a pink construction toy. Debbie spend the last year researching “how do we get girls to like a construction toy?” and the conclusion: Boys like building, girls like reading. The issue is to combine constructing and reading. 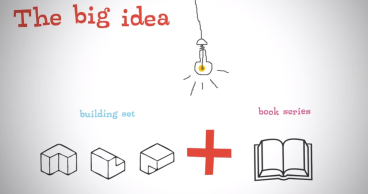 Goldie Blox consist of a construction kit, an app and a book. In the book set the girls can read a short story about the main character Goldie and her friends and whatever problems they might be facing. According to Debbie, this combination gives engineering a female touch.

Now its gonna be interesting to see if Goldie Blox will be a success. For now, you can only preorder. Her kickstarter.com campaign was a success, in one month she reached her goal of 150.000$ and landed on almost the dobble of that 285.881$ pledged by 5519 backers! So hopefully we will see more from Goldie Blox and Debbie Stirling in the future.

Thanks to Trudy from fingerprintprojects.com for letting me know about Goldie Blox!

3 thoughts on “Goldie Blox: A construction kit designed for girls”